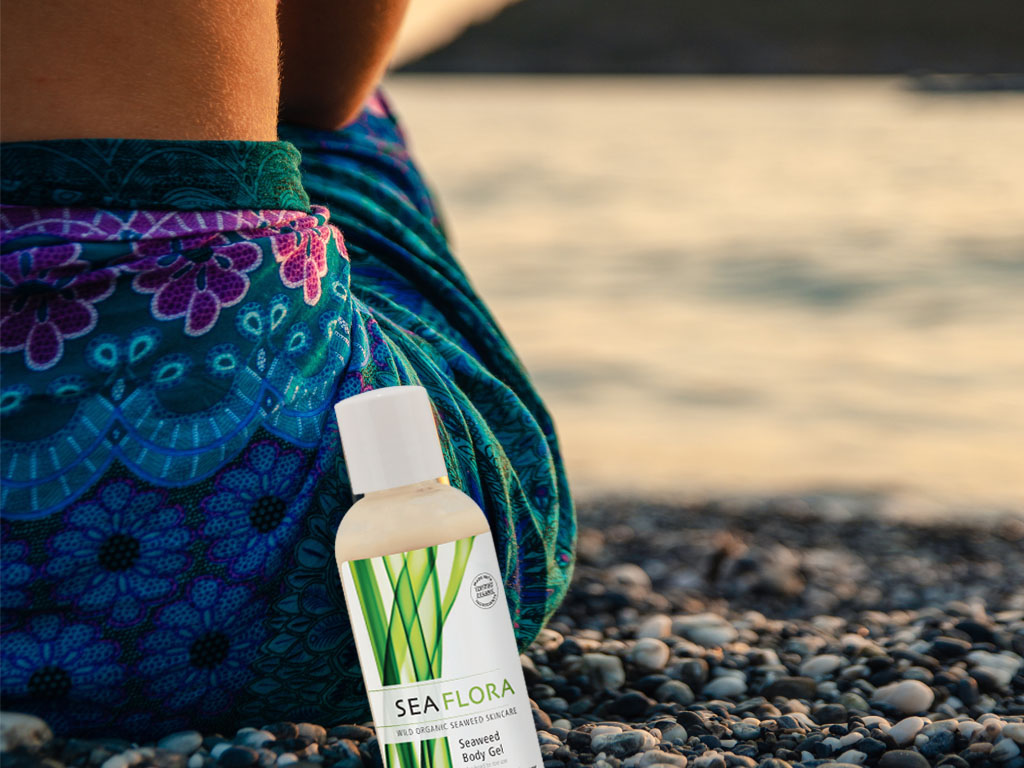 What is Fucoidan? Why is it Great for Skincare?

Fucoidan is a bioactive seaweed compound made of sulfated polysaccharides. What does that all mean? Let’s break it down: a bioactive compound is a chemical found in small amounts in vegetables and some foods. What’s a polysaccharide? A long chain of monosaccharides! And a monosaccharide? Those are simple sugars, like glucose. Sulfated polysaccharides are the most common in the cell walls of brown seaweeds. Why is this important? According to a study by Lei Wang, published by the US National Library of Medicine, “Sulfated polysaccharides isolated from seaweeds have been reported to produce numerous health benefits such as activating the immune system, antioxidant, anti-coagulant, UV protective, liver protective, anti-inflammatory, antimicrobial, and anti-cancer activities.” This short blog will give you a quick glance at one of the most revolutionary seaweed skincare discoveries yet!

Having been described as having a similar composition to human breast milk produced during the first week after birth, it is a plant derived complex sugar molecule that stimulates the production of immune cells, giving the body better protection against pathogens such as bacteria, viruses, and fungi. Japanese scientists have shown a correlation between kelp consumption and lower relative rates of breast, colon, and lung cancers, which they attribute to it’s fucoidan, lignan, and iodine content. Fucoidan produces compounds to enhance the immune system, helping it to destroy cancer cells and avert new cancer-cell growth. By eating, drinking, or topically applying fucoidan-rich concoctions you can decrease your chances of getting cancer.

Where is Fucoidan Found?

Since seaweeds in shallow areas are exposed to sunlight during low tide, they should have a higher concentration of fucoidan and MAAs as a protection mechanism against dryness. Seaweeds living in shallower waters and intertidal zones have been determined to contain higher amounts of fucoidan because they need to facilitate better protection against harmful UV rays and dryness. This unique polysaccharide is found in the cell walls of several species of brown seaweeds. Of 45 brown seaweeds that were studied for their fucoidan content, all were discovered to have the algal fucoidan present in as much as 40 percent of their dried weight. Significantly, all human cells studied to date have receptor sites for fucose, the end-group sugar found in fucoidan.

The polysaccharides in seaweeds will vary from species to species and location of growth. Many of these polysaccharide structures are complex, branched molecules with sulfates, proteins, and/or various sugars attached. Interestingly, some of these polysaccharides look like β-(1-3) and β-(1-6) glucans similar to what is one active component of several medicinal mushrooms. β-glucans are immunomodulatory and could be beneficial for our human health.

When seaweeds soak in water for a while, a viscus dietary fiber comes out. Consisting of mainly fucoidan and alginate with a small amount of protein, which works to bind the fibers of the seaweed. Kombu and Wakame contain these acidic fibers from 25% to 35% dry! It is this all important dietary fiber in its viscus (mucilage) form that helps with detoxification and coting the digestive tract walls to protect them from inflammation. These seaweeds are used to treat ulcers in Japan and protects the digestive tract by enveloping carcinogens.

What can it do?

Skin, the largest organ in the human body, serves a variety of physiological functions. The skin is in close contact with the outside world. As a result, environmental factors such as pesticides, fine microparticles, and ultraviolet (UV) radiation continuously damage it. In seaweed, fucoidan functions to protect the algae from water-borne pathogens and other environmental challenges. The more we research the abilities and benefits of seaweeds, many studies reveal that fucoidan exhibits versatile bio-active properties for humans as well. These include antioxidant, anticoagulant, antimicrobial, antitumor and even immune regulation properties. Certain sulfated polysaccharides extracted from Ecklonia maxima, a brown kelp found in the Southern Oceans, significantly inhibited tyrosinase and reduced melanin synthesis in the cells.

A powerful anti-ageing agent found in Wakame seaweed, or Undaria Pinnatifida, fucoidan protects against the elements — the drying, abrasive effects of sun, wind and salt for the seaweed, but we are also protected by these when fucoidan is applied to our skin! With more research, fucoidan could play an important roll in the next best anti-aging ingredient.

“Fucoidan may very well be onw of the most important molecules being researched today for therapeutic applications. It is the subject of more than seven hundred scientific studies world wide, as cited in the National Library of Medicine.” Valerie Cooksley, RN

The method of extraction and seaweed species are by far the two most important aspects when using fucoidan for skincare. The content of this polysaccharide varies between seaweed species. Seaweeds that grow in intertidal zones and the oceans surface in high sun are the best seaweeds to harvest fucoidan from. This component shows promise in the skincare industry as it is an ingredient with a chemical profile as diverse as the beneficial nutrients and vitamins that it offers the skin. With more research and development, fucoidan could be used as a completely natural anti-photoaging, enzyme inhibition, skin moisturizing and protection, UV protection and/or skin immunity treatment with all the benefits of superfood seaweed!