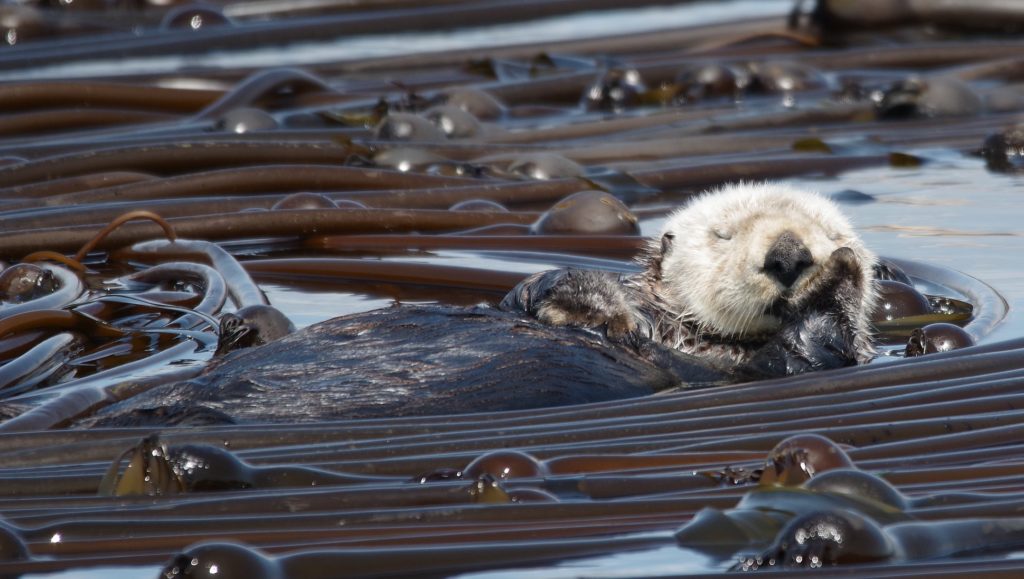 Seaweed, or macroalgae, refers to thousands of species of macroscopic, multicellular, marine algae. In many parts of the world, paleontologists have found fossilized multicellular marine algae, or seaweed, dating back more than 555 million years. It ranks among the oldest examples of multicellular life on Earth. Seaweed has also been a staple part of many cultural diets around the world for thousands of years and has also started being used in the medical field. But, how does it grow? Is it a sustainable source to be using? In this blog, we’ll answer these questions and give you information about the full kelp lifecycle!

First of All, What is Seaweed?

“Seaweed” is the common name for a myriad of species of algae that grow in the ocean as well as in rivers, lakes, and other bodies of water. Due to the amount of algae species, for this article, I’m going to specifically cover Kelp. What is Kelp? Well, it’s not a plant, rather, a really large brown algae.

Most seaweeds vary in the ways they go about their life cycles. For the purpose of simplicity, we’re going to focus again on just 1 type of seaweed; Nereocystis (Bull Kelp). Though it resembles a tall underwater grass, Kelp is not a plant. Instead, it is a brown algae and is part of the large kingdom of life known as the Protista. Most protists are single-celled organisms, but bull kelp is a complex species and is one of the largest protists in the world. Bull Kelp is one of the fastest growing species in the world, and under perfect conditions, it has been known to grow up to two feet (60 cm) in a single day, making it the most sustainable skincare ingredient in the world.

The kelp lifecycle uses a heteromorphic alternation of generations. This means kelp has different forms at different periods of its life cycle. At meiosis (when a single cell divides twice and each of the 4 daughter cells contain only half the genetic information), the male and female zoospores (motile asexual spores) are produced separately, then germinate into male and female gametophytes. The female egg matures in the oogonium (female sex organ) until the male sperm fertilizes it.

Why are Seaweeds Being Used in Cosmetics?

Seaweed is your best option for modern beauty because it’s the best self preservation option. It eliminates toxins and provides readily bioavailable, perfect cell food which promotes optimal cellular function. Essential nutrients and minerals are available in ionic form (in a simple cell structure) and are directly absorbed by the skin. For example, alginate, which is a key compound of seaweed, is used in transdermal patches to flawlessly transfer the active components through the dermal layers of the skin. Using raw, natural seaweed as a main component in skincare leaves the dermal layers of the skin open and ready for the application of other beneficial nutrients so they can be absorbed much faster than they would be through other skincare products.