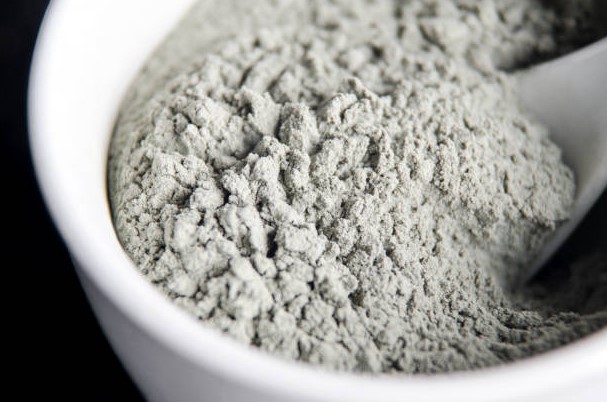 Bentonite Clay – What It Is and Why You Should Care

Bentonite clay beauty benefits is probably something you’ve heard of, but don’t know a ton about. It’s used in a lot face masques and is also promoted as a dietary supplement. In this blog we’ll cover the ups and downs of bentonite clay including the what’s, where’s, when’s, why’s, how’s and more!

What is Bentonite Clay and Where Does it Come From?

Bentonite clay is a very old clay, formed when volcanic ash ages. It’s an absorbent aluminium phyllosilicate clay. This clay is named after Fort Benton, Wyoming, where the largest largest deposits are found. Though, it is sometimes also called Montmorillonite clay, after the region in France where it was first found.

The bentonite clay craze originated in Wyoming in Fort Benton. A company called Wyo-Ben Inc. was started by Rockwood Brown Sr. who saw the money in marketing such a resource as a detox product. Bentonite clay can be found all over the world. Though, the most high-grade bentonite is mined from the western United States between the Black Hills of South Dakota and the Bighorn Basin of Wyoming. High grade clay can also be found in the Tokat Resadiye region in Turkey, while lower grades are mined in Greece, Australia, China, India, Russia, France, and the Ukraine.

When and How To Use Bentonite Clay

There are many things to consider when deciding whether or not to use a certain skincare product or ingredient. How far is it coming from? What are the environmental risks? What are the personal risks? Am I allergic to it? Is it worth the possible benefits? Are there side effects? Bentonite Clay is just another ingredient we have to consider all angles of before using it.

An example of this could be to consider where your clay is coming from. If you live in Wyoming, that’s a no brainer! It’s probably in your back yard if you dig deep enough. Although, if you’re from Canada looking for a pure form, your clay would have to travel 547km just from Calgary to Fort Benson, then to a refinery, a manufacturer, a delivery service and finally to your doorstep. A Bentonite clay from Turkey or France would be even further, and by air, which causes further pollution. Also consider the mining of the bentonite itself. Large machines have to be used to extract the clay and to dig down deep enough to access it. Then trucks move it to the refinery and so on… we’ll leave the choice up to you when it comes to emissions for this product.

As far as uses go, bentonite is pretty versatile. Some sources claim it as a cure all, while others list the risks of the product, but Bentonite clay has been used for many years. Native Americans used clay as a way to reduce infection and pain. It also had ritual uses, and was called “Ee-Wah-Kee”, meaning “The Mud That Heals” for the Lakota people.

There are always benefits and risks to every product. Bentonite clay is, of course, no exception. This clay’s benefits depend on the source. According to Webmd, it can be eaten or put on the skin. In the past, it’s been used for everything from cleaning, protecting, and healing the skin, to easing stomach gas and diarrhea. Today, it can be found in shampoos, lotions, face masques and dietary supplements. Even toothpaste and cat litter! This clay is a known anti-inflammatory and antibacterial.

Bentonite clay generally won’t harm you if used on the skin or hair (as a masque). Though, when formulated into a product, this could change depending on the other ingredients. Always test new products in a small area. As a dietary supplement, we can tell you most doctors don’t recommend eating clay. Most minerals you would get from doing so are already found in the food you eat, and eating soils can cause a range of health problems. These include things like a blockage in the intestines, and it can affect how your body absorbs nutrients and electrolytes. Clays and soils can also contain high levels of harmful germs and bacteria, as well as heavy metals like lead, arsenic, and mercury. Talk to your doctor about using bentonite in any form, the safer the better!

How does Bentonite Clay Work?

This clay attracts. Drawing particles towards itself plus absorbing lots of water. It’s negative charge makes it good for attracting positively charged ions like magnesium, sodium, and potassium, and it also contains aluminum and silica. Supposedly, this attraction also allows it to attract positively charged toxin ions in the gut (like aflatoxins) and on the skin. Be cautious when using this clay in masques. Because it absorbs water so well, it can also draw the moisture out of your skin and make it unbalanced. It also has a pH ranging from 7-10, which can mean bad news for the skin if used too frequently. (See why in our blog Skin pH – The Only Guide you’ll Need). And remember, always check in with your physician before testing out a new product, especially internally!